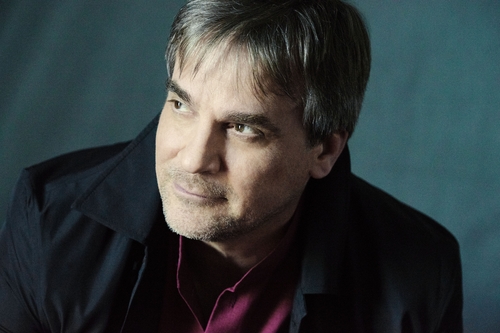 After the BBC Proms – Saturday at Lisinski!

The appearance of one of Great Britain's most highly regarded orchestras, The BBC Philharmonic, conducted by their Chief Guest Conductor John Storgårds, is one of the highlights of the new concert season!

Manchester’s Bridgewater Hall is the home of the BBC Philharmonic, but the orchestra spends its summers in London as host of one of the world's most famous classical music festivals - the BBC Proms. At the beginning of the new season, after a few outstanding concerts at London's Royal Albert Hall, the grand BBC Philharmonic is coming to Lisinski Hall!

Always ahead of its time, the innovative and inspirational orchestra has been paying special attention to the popularisation of classical music in the past few seasons. They are especially well-liked by the Millennials, who listen to their performances on BBC Radio 3 through popular streaming services increasingly often. This also encourages them to come and listen to their attractive programme live, either in their home hall in Manchester (where they always host more than five thousand visitors) or in any other venue throughout the world that they play in alongside eminent soloists. One can also regularly follow the sound of the BBC Philharmonic on the world’s most listened radio station, BBC Radio 1, where one can hear their rich arrangements of pop hits by bands such as Nero or The XX, which are great favourites with the Zagreb audience.

Their former chief conductor Juanjo Mena deserves the credit for their immense innovativeness and popularity. He led the orchestra from 2011 to 2018 and performed within the Saturday at Lisinski cycle twice during that period, in 2012 and 2014. During his term, the orchestra substantially broadened their standard repertoire and started working on big vocal and instrumental scores. Storgårds, however, enriched it with works of Scandinavian composers. He and the orchestra recorded the whole symphony cycle of Jan Sibelius, which resulted in albums sold in almost one million copies. During their recent performance of Sibelius’s Symphony No. 6, they also experimented with binaural waves, which the audience received with great excitement.

For their concert in Zagreb, the BBC Philharmonic selected a versatile programme with Britten’s and Bruckner’s symphonies. In Haydn’s Concerto No. 2 in D major for Cello and Orchestra, Op. 101, the orchestra will be joined by outstanding cellist Kian Soltani, who has an exclusive recording contract with Deutsche Grammophon and who has won numerous major international competitions, among which also the 5th Antonio Janigro International Cello Competition held in Zagreb in 2012. The young and attractive musician is a representative of the latest generation of the classical music stars (who are a permanent fixture of the world's most famous stages), and in the current season, he is an Artist in Residence with the Royal Philharmonic Orchestra, which is great recognition of his quality.

Discounts are offered for single tickets: a 10% discount for one-off cash payments; a 20% discount for persons with disabilities and their accompanying persons (please produce a copy of disability certificate); school and university students, retired persons, members of the Croatian Automobile Club, employees of Splitska banka, INA and groups (of more than 15 persons). Two hours before the concert, school and university students (please produce a valid document) can purchase tickets at a price of 10 kunas. Discounts apply to the purchase of one ticket only, except in case of persons with disabilities, when the discount applies to their accompanying persons, as well. Discounts cannot be added together. 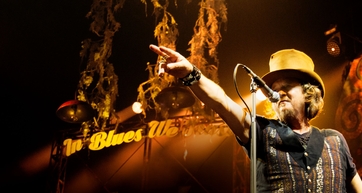