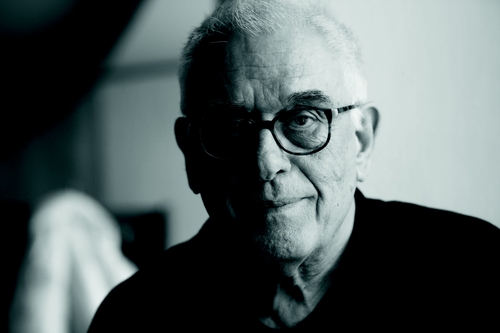 The programme is subject to change.

Love and Malice or Love without Malice?
Do you know who the man is after whom this concert hall was named? The concert hall, in which you enjoy unforgettable music moments, in which the wonderful recent history of Croatian music has been written, an inspiring environment with magnificent performances by international music stars along with top production, special beauty of the sound and architecture, which leaves nobody indifferent.
The new, carefully thought out magnificent season of the most excellent and attractive cycle, Saturday at Lisinski, will open with the concert titled Lisinski 200! It will be a reminder of a selfless patriot and a true, but sadly neglected music great, Vatroslav Lisinski, on his 200th birthday and the 165th anniversary of his death! Despite life's hardships and the lack of understanding by others, Lisinski left a strong mark on Croatian music with his persistent and tireless work during his short life. He created works of great beauty, he wrote the first Croatian national opera Love and Malice and an even more successful opera Porin, over seventy inspired solo songs, around forty choral and various instrumental orchestral works, among them also the beautiful orchestral pastorale The Evening. He wrote his last work, Cum invocarem for soprano solo, mixed choir and organ, as a sort of his own requiem, sensing his impending death, before turning 35.
Visitors of the season's first concert will have an opportunity to hear some of those works. They will be performed by the Croatian Radio and Television Symphony Orchestra and Choir and prominent soloists under one of Croatia’s greatest conductors – Nikša Bareza. As he is equally highly regarded as a symphonic and operatic conductor, his career is marked by great international successes, professional visits to Zurich, Sankt Petersburg and Graz, posts as resident conductor at the Hamburg Opera and La Scala in Milan, as chief conductor of the Robert Schumann Philharmonic Orchestra in Chemnitz and visiting chief conductor at the Opera in Ciudad de México... A great connoisseur of music literature and conducting, recipient of numerous Croatian and international awards, he does not neglect Croatian musical heritage in his work.
The priceless musical legacy of Vatroslav Lisinski is unavoidable when presenting the Croatian national identity in the world.
At the beginning of the new, spectacular concert season, The Croatian Radio and Television Symphony Orchestra and Choir and soloists will demonstrate to the Zagreb audience why Croatia's best and most highly regarded concert hall is proudly associated with Vatroslav Lisinski.
Discounts are offered for single tickets: a 10% discount for one-off cash payments; a 20% discount for persons with disabilities and their accompanying persons (please produce a copy of disability certificate); school and university students, retired persons, members of the Croatian Automobile Club, employees of Splitska banka, INA and groups (of more than 15 persons). Two hours before the concert, school and university students (please produce a valid document) can purchase tickets at a price of 10 kunas. Discounts apply to the purchase of one ticket only, except in case of persons with disabilities, when the discount applies to their accompanying persons, as well. Discounts cannot be added together.