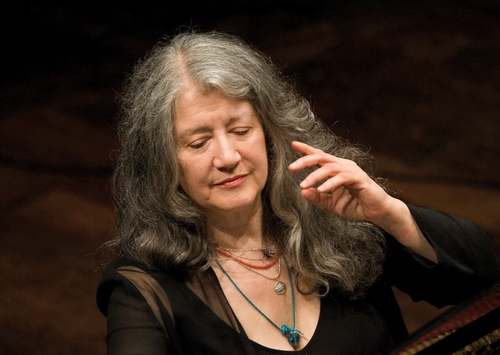 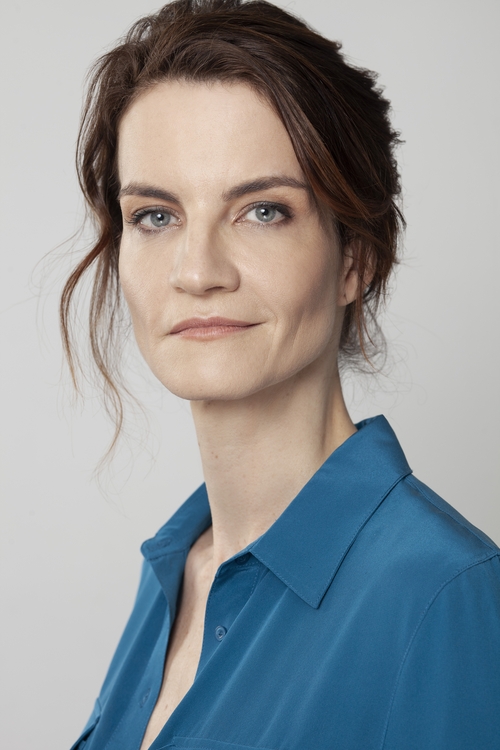 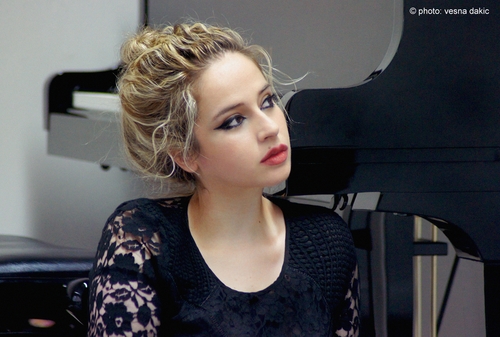 The concert will be streaming live. The tickets are available through the Entrio website. Buy your tickets HERE.
MARTHA ARGERICH AND THEODOSIA NTOKOU
MARTHA ARGERICH, piano
THEODOSIA NTOKOU, piano
ANNIE DUTOIT-ARGERICH, citation
QUARTETTO D'ARCHI DELLA SCALA
Francesco Manara, violin
Daniele Pascoletti, violin
Simonide Braconi, viola
Massimo Polidori, cello
SOLISTI DELLA SCALA
Fabrizio Meloni, clarinet
Andrea Manco, flute
Gianni Arfacchia, percussion
Paolo Borsarelli, double bass
Programme:
Dmitri Shostakovich: Concertino for Two Pianos in A minor, Op. 94
Zygmunt Noskowski: Piano Quartet in D minor, Op. 8
*   *   *
Robert Schumann: Piano Quintet in E flat major, Op. 44
Camille Saint-Saëns: The Carnival of the Animals, Suite for Two Pianos and Octet
Martha Argerich!
The appearance of the celebrated pianist and uncrowned queen of the piano Martha Argerich at the very beginning of the new, exceptional season of the Saturday at Lisinski concert cycle is a singular event of the year! The brilliant pianist star is coming back to the stage of Croatia’s greatest concert hall after twelve years’ absence. Her last appearance at Lisinski Hall was a spectacular concert with cellist Mischa Maisky, marking the 30th anniversary of their collaboration. Music critics enthusiastically wrote about their flawless music-making, in which one could still feel “the strong impulse and authority of the pianist, who left the audience breathless” with her freshness, dash, energy, inspiration, in a word – genius!
Martha Argerich started playing the piano very early, aged 3. She made her debut aged 8, playing Beethoven's First Piano Concerto in C minor Op. 15. After she moved from her homeland of Argentina to Europe in 1955, she continued her studies with Friedrich Gulda, and then received further music training with Arturo Benedetti Michelangeli, Stefan Askenase and Nikita Magaloff.
Thanks to her excellent pianistic technique, she was often compared to Vladimir Horowitz, and this is why numerous labels, such as EMI, Sony, Philips, Teldec and Deutsche Grammophon, were delighted to collaborate with her. Many of her released recordings have received important music awards, among which are also three Grammy Awards.
Martha Argerich is known for her tireless presentation of young pianists and for her support to them. The Croatian and international public also remembers her by the precedent she set when she resigned from the jury of the 1980 Fryderyk Chopin Competition in Warsaw, expressing her disagreement with the elimination of young Ivo Pogorelić before the final round of the competition.
She has received many honorary titles and awards; she is the holder of The Order of the Rising Sun awarded by the Japanese Emperor. She has often emphasized in interviews that she feels lonely playing recitals. This is why, since the beginning of the 1980s, she has mostly appeared with orchestras or in chamber ensembles with her friends, pianists Nelson Freire and Alexandre Rabinovitch, violinist Gidon Kremer and the above mentioned Mischa Maisky.
In 2009, she started successful collaboration with excellent young Greek pianist Theodosia Ntokou as her pedagogue and patroness; the two of them will also be playing carefully selected piano duos in Zagreb. In the performance of Saint-Saëns’s suite The Carnival of the Animals, Martha Argerich will be joined by Quartetto d'archi della Scala and Solisti della Scala and her daughter Annie Dutoit-Argerich as narrator.
One could only dream of such a wonderful beginning of the concert season with such a distinctive, charismatic, unique and singular Martha Argerich... but Lisinski Hall makes beautiful dreams come true.