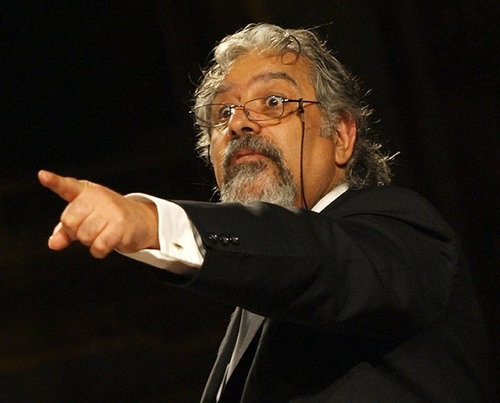 ORQUESTA NACIONAL DE MÚSICA ARGENTINA JUAN DE DIOS FILIBERTO
EMIR SAUL, conductor
Programme:
Astor Piazzolla: Tangazo, Variations on Buenos Aires for Orchestra
Astor Piazzolla: Three Tangos for Bandoneon and Orchestra
Astor Piazzolla: Le grand tango for Cello and Orchestra
Astor Piazzolla: Tres movimientos tanguísticos porteños for Orchestra
The passion that you cannot resist is called Astor Tango! Fans of the great Astor Piazzolla, Argentinian composer and artist who “created” tango and whose 100th birthday is celebrated by the whole music world, are in for an extraordinary music experience – a concert by the Orquesta nacional de música Argentina.
The ensemble is named after composer Juan de Dios Filiberto, who founded it in 1932. Since it was declared a national orchestra in 1948, it has been vigorously carrying out its basic task of promoting Argentinian music in its homeland and abroad. At the Zagreb concert, the ensemble comprising around fifty artists will be conducted by Emir Saul, acclaimed Argentinian composer and conductor with great experience in conducting a varied music repertoire.
The evening celebrating Piazzolla’s 100th birthday will feature four of his compositions, whose titles already reveal his total preoccupation with tango:  Tangazo, Variations on Buenos Aires, Three Tangos, Le grand tango and Tres movimientos tanguísticos porteños. The distinctiveness of his universal music genre called the New Tango (Tango Nuevo) is also reflected in the above-mentioned compositions, in a blend of the Argentine tango and various traditions of the Western music, including jazz.
The son of Italian immigrants, Piazzolla was born in the Argentinian city of Mar de Plata in 1921. Aged four, he and his family moved to New York, where he stayed eleven years (1925 – 1936). Longing for Argentina, it was in New York that he started playing the bandoneon, an instrument typical of his homeland, and soaking up knowledge and experiences fundamental for the development of his music style and expression.  Although conservative tangueros resented the novelties that he introduced to his music, Piazzolla ignored the objections and continued to compose.  He left a large oeuvre of over 750 works characterized by innovativeness, sophistication, romance, fervour, melancholy, drama, eroticism, strong oppositions... the music that the world would adore.
During his career, he collaborated with numerous orchestras as a soloist and conductor. He also founded his own New Tango Quintet, with which he performed and travelled extensively. Of his many recordings, the ones with jazz musicians Gerry Mulligan and Gary Burton particularly stand out. 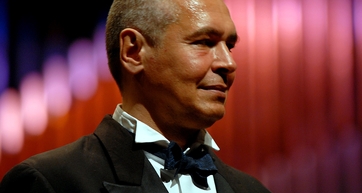