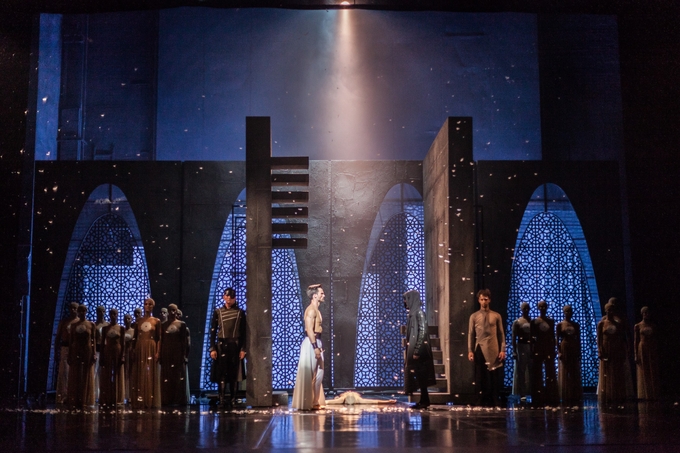 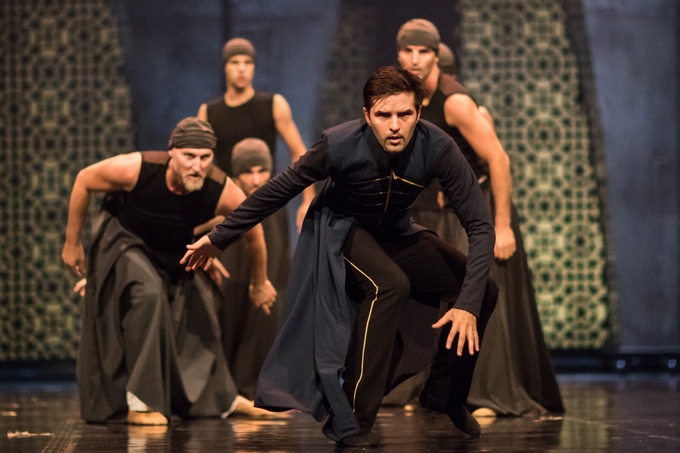 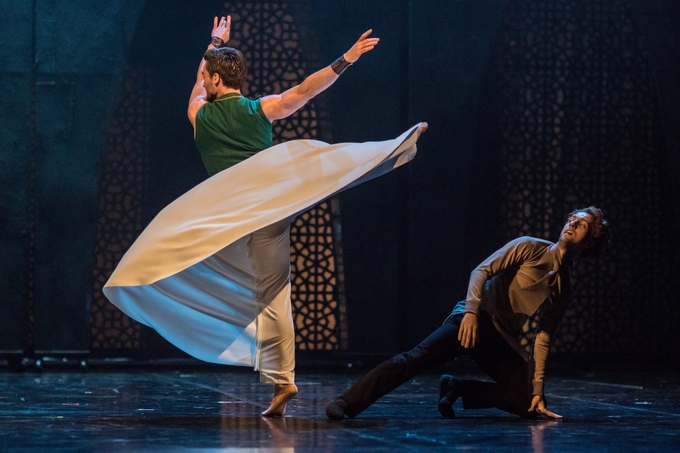 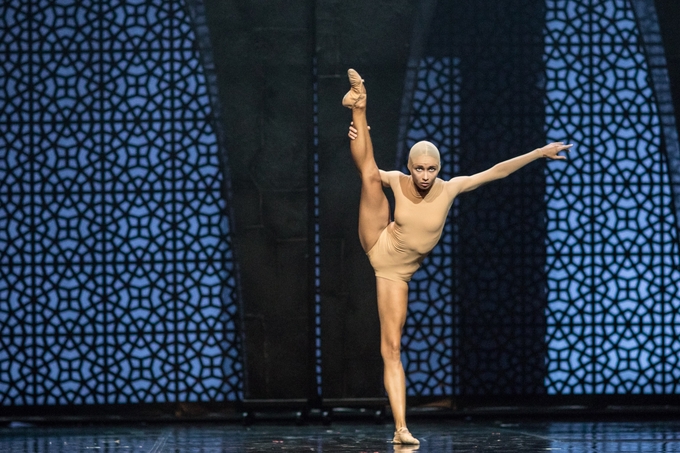 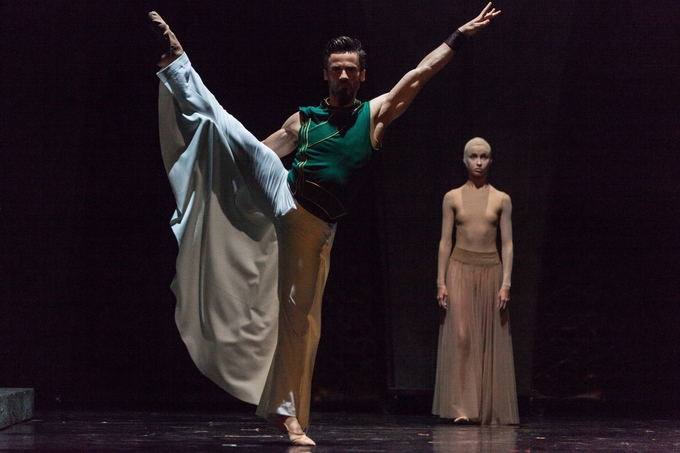 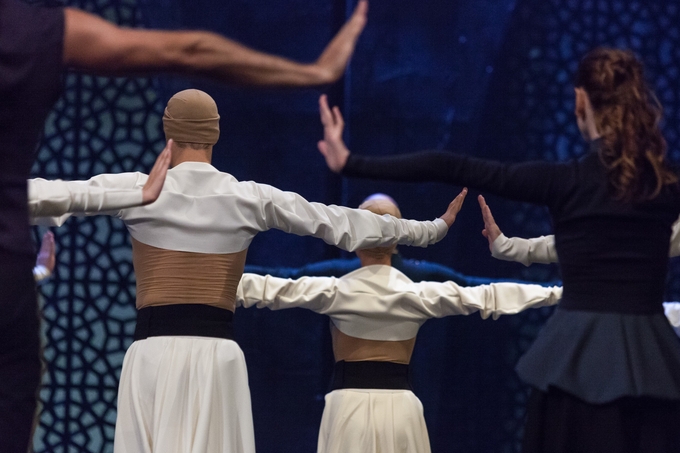 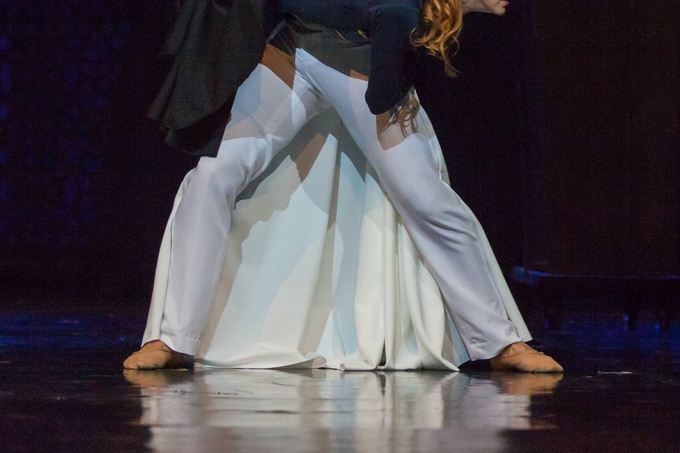 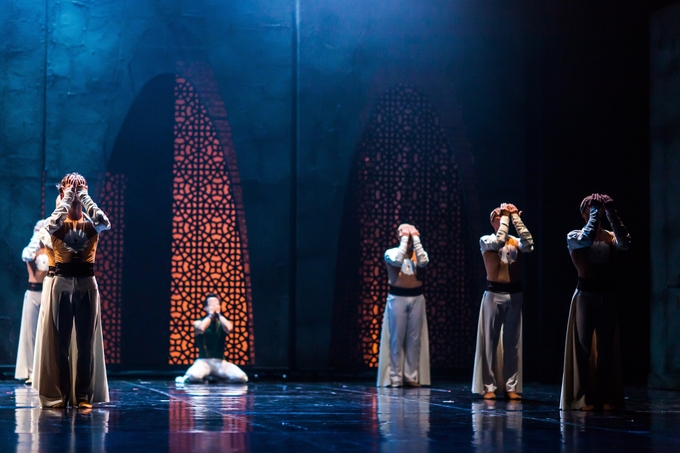 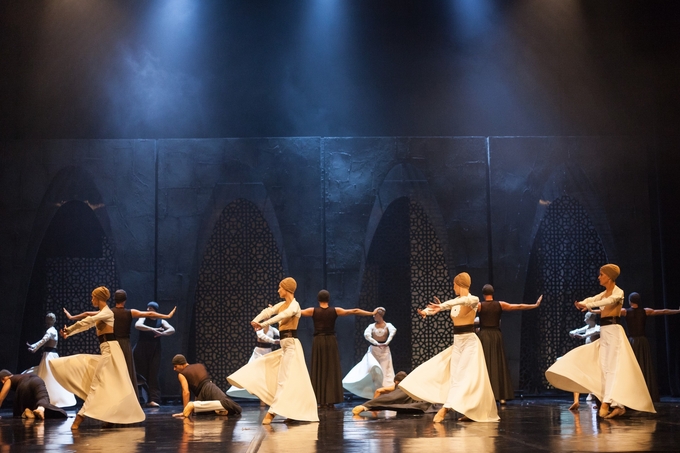 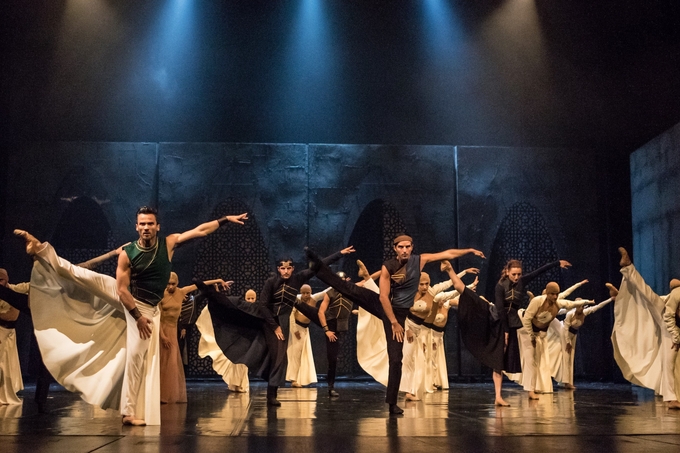 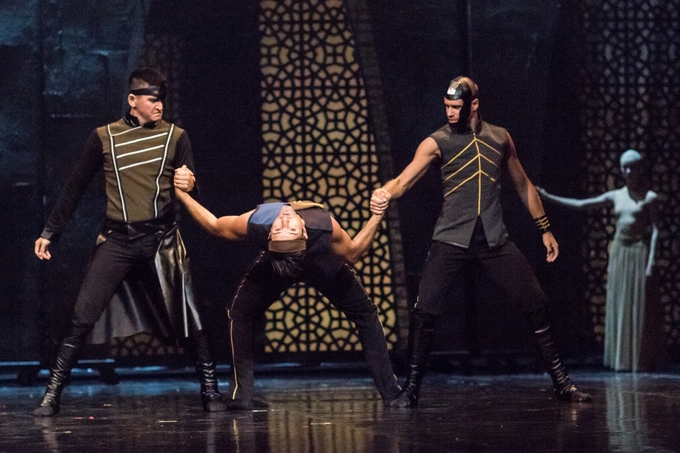 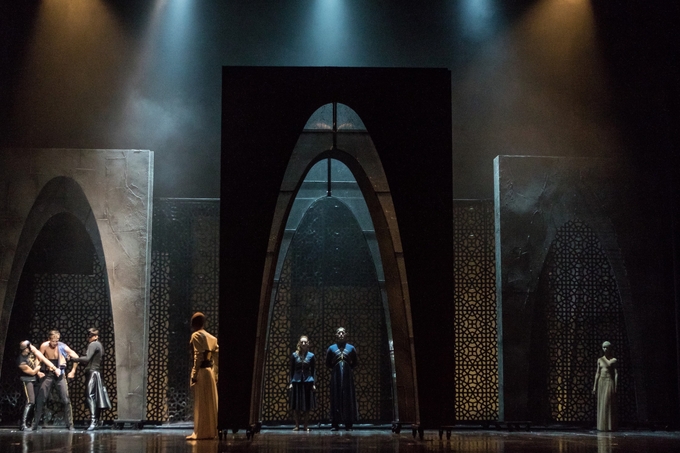 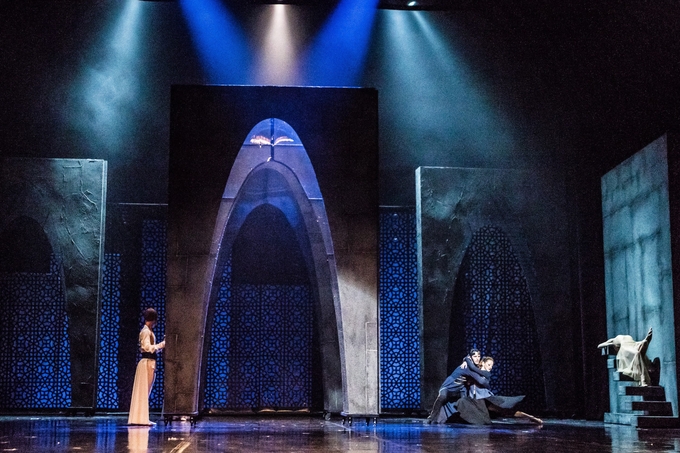 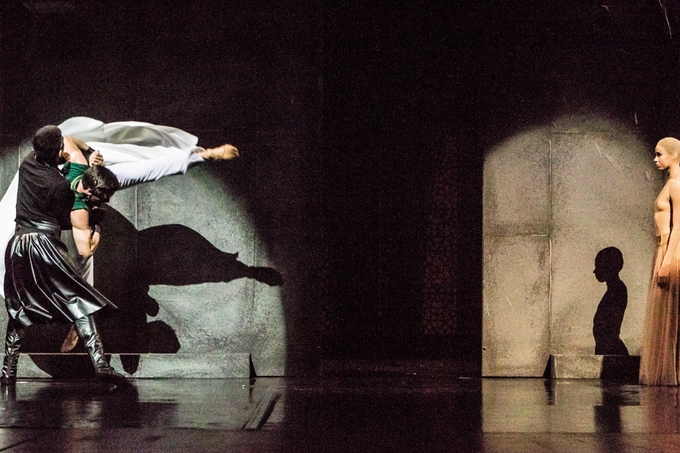 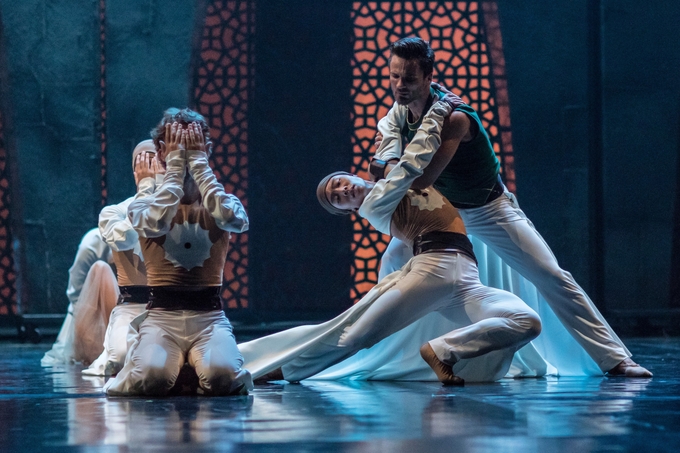 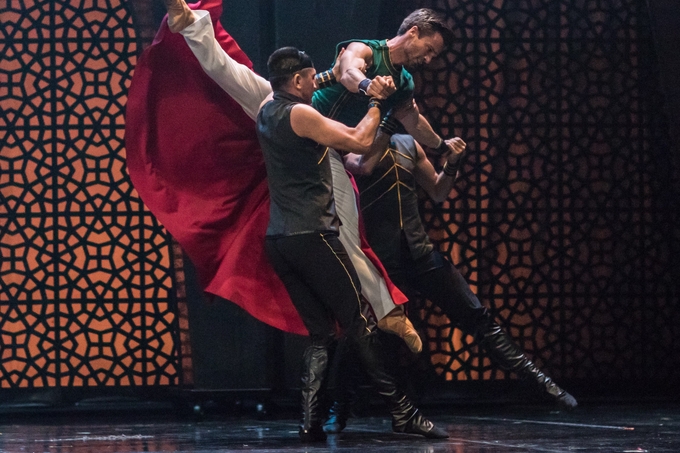 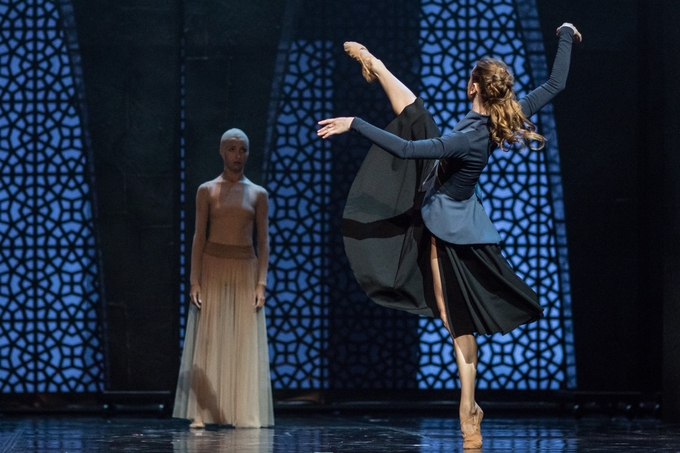 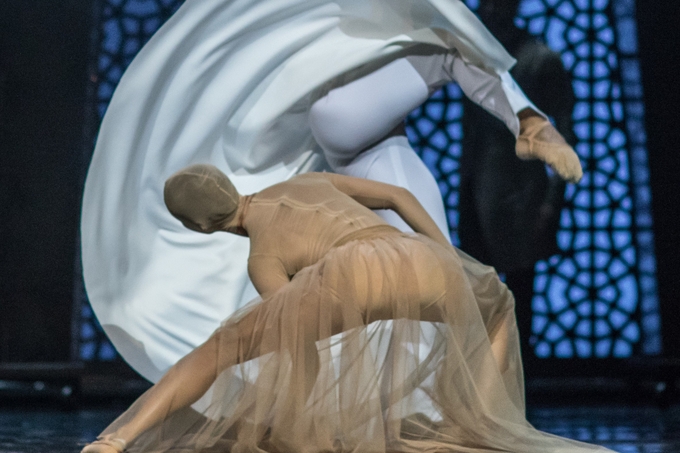 The ballet Death and the Dervish, which premiered at the Split Summer in 2017, will be performed on the stage of Vatroslav Lisinski Concert Hall on 18 May this year.
The World of Emotions Expressed through Dance... Edina Papo / Dnevni avaz
Death and the Dervish for history! Bruno Lucić / Jutarnji list
Irresistible heavenly dance! Marija Živković / h-alter.org
A wave of applause marked the show! Jasenka Leskur-Staničić / Slobodna Dalmacija
Death and the Dervish, the most famous novel by Meša Selimović, got a new dimension. The work had previously had several theatrical adaptations, while its film adaptation even earned an Oscar nomination. Both audiences and critics were delighted by the ballet adaptation of the novel.
Choreographed by Igor Kirov to the mystical music by Goran Bojčevski, the ballet steps effectively evoke the sophisticated introspection of the philosophical novel, reflections on life facing imminent death, on harshness and spirituality, injustice and transcendence.
In the synergy of the music, movements, costumes and set, the libretto by Saša Dimoski immersed deeply into the magical world of Meša Selimović, evoking the internal human self-examination vividly and in detail and transferring the novel's plot to the stage.
The main character, Ahmed Nurudin, is played by two dancers. His external, physical side is played by the Zagreb ballet principal dancer Tomislav Petranović, and the internal, emotional one by Ajla Kadrić.
I summon as witness time, the beginning and end of everything – that every man is always at loss! This is the beginning of the novel Death and the Dervish, which the Zagreb audience will be able to experience live with the ballet ensemble of the Split Croatian National Theatre at Vatroslav Lisinski Concert Hall on 18 May 2019.
Tickets cost 90, 120, 150 and 180 kunas and they are available at www.lisinski.hr and at the Vatroslav Lisinski Concert Hall box office.