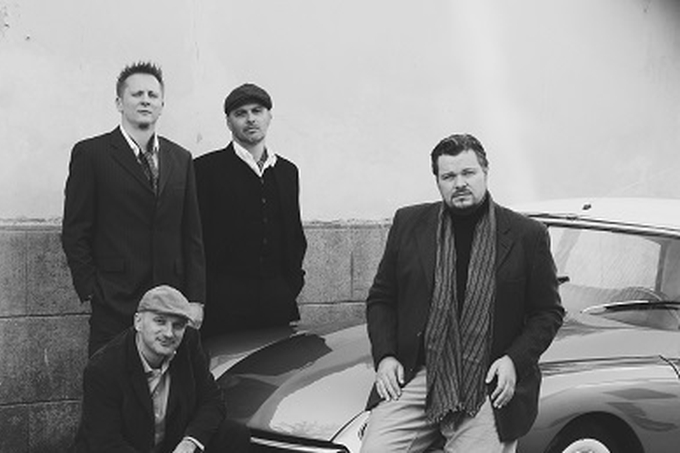 On 8 April, Croatia's celebrated and award-winning tenor will perform a programme that true music lovers should not miss!
World-renowned lyric tenor Tomislav Mužek, accompanied by Miroslav Lesić on guitar, Tomislav Modrić on piano and Mladen Kosovec on accordion and clarinet, is preparing a memorable repertoire.
Those who have already listened to Mužek & Trio know that they can expect an unusual blend of Italian canzonas and classical music with popular songs that the artists choose according to their own taste. There will be Eric Clapton's, Sting’s, Arsen Dedić’s and other hits, but also classical performances of Chitarra Romana and other canzonas, in special arrangement by these wonderful musicians, of course. Surprise guests are also planned to make the evening at Lisinski Hall even more memorable.
The trio accompanying the principal singer of the Croatian National Theatre in Zagreb:
Miroslav Lesić – guitarist, composer, producer, arranger and recording engineer. He has received several nominations and Porin and Status Croatian Music Awards; he is a prominent member of the Croatian Radio and Television band led by Nikša Bratoš and he collaborates with numerous stars on the Croatian and international pop and rock scene;
Tomislav Modrić – pianist, piano teacher, producer, composer and arranger. He has also received several Porin Award nominations and, as member of the producer team, he won the 2007 Golden Rose Award in Luzern; he collaborates with numerous Croatian and international musicians;
Mladen Kosovec, accordion and clarinet player, among other things also a member of the Tango Appassionato ensemble that gladly takes its audiences to the magic world of tango, czardas and romances.
The concert is also a promotional event for the album recorded on the stage of the Croatian National Theatre at the beginning of the year. In the first part of the programme, the artists presented a selection of the Italian canzonas, while the second part was dedicated to the exploration of the music they personally like and listen to.
The musicians selected 15 compositions from the whole repertoire and released them on the album Mužek&Trio Live in HNK.
Tickets cost 120/160/200/250 kunas and they can be purchased online at www.lisinski.hr, at the Vatroslav Lisinski Concert Hall box office and Dekod ticket points of sale.