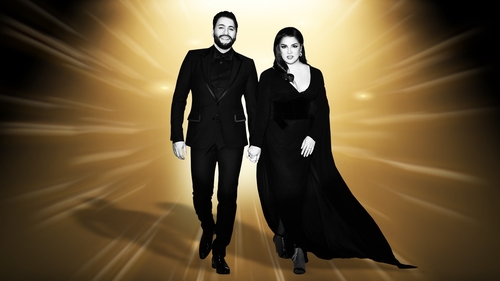 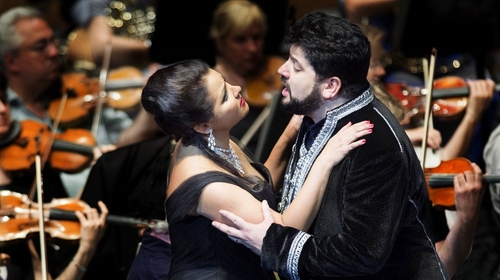 The concert has been canceled.
A full refund is possible at the place where the ticket was bought within 60 days from the announcement of the cancellation (from March 9th 2022).
"Due to this terrible situation, I believe that now is not the time to make music and perform. Accordingly, I have decided to refrain from my next performances. It is an extremely difficult decision, but I know that my audience will understand and respect this decision." - Anna Netrebko
Organizers would like to thank you for your understanding.
ANNA NETREBKO, sopran
YUSIF EYVAZOV, tenor
ZAGREB PHILHARMONIC ORCHESTRA
Anna Netrebko and Yusif Eyvazov will perform together in Zagreb for the first time!
Berin Iglesias Art company presents a long-awaited event for the classical music admires. On April 9, a solo performance of the inimitable Anna Netrebko and Yusif Eyvazov will take place on the stage of Lisinski Concert Hall in Zagreb. The most famous and bright couple of the modern opera scene has prepared a special new program Opera D'amore, consisting of the pearls of classical music.
At their first concert in Zagreb, Anna Netrebko and Yusif Eyvazov will perform opera masterpieces accompanied by the famous Zagreb Philharmonic Orchestra. The first soprano, according to the world opera ratings, Anna Netrebko told about the preparations for the concert: "We are happy to present to the audience a new program that will feature the most famous works of Giuseppe Verdi, Giacomo Puccini Ruggero Leoncavallo, Pyotr Tchaikovsky, Sergei Rachmaninov and other composers, not losing their uniqueness at all times. And we will also perform beloved Neapolitan songs O Sole mio, Torna a surriento, Non ti scordar di me and others. We are looking forward to meeting our viewers in welcoming Zagreb!"
The stars of the world opera scene Anna Netrebko and Yusif Eyvazov are constant participants of the main world opera houses performances, such as La Scala in Milan, the Metropolitan Opera in New York, the Vienna Opera, Covent Garden in London, Opera Garnier in Paris and others. And finally, the dramatic soprano of Netrebko and the soulful tenor of Eyvazov will sound for the audience of the Lisinsky Concert Hall, which promises unforgettable impressions to the guests.