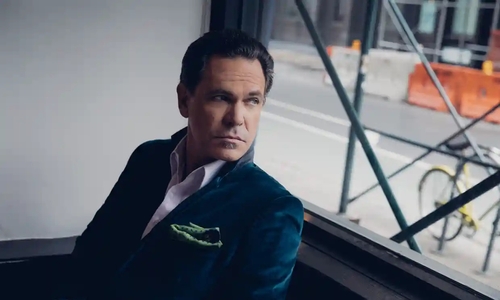 One of jazz's all time great vocalist is coming to Lisinski Hall accompanied by ZJM Big Band!
Renowned for his singular combination of full swing and poetic insight, this years's second time Grammy winner Kurt Elling has secured his place among the world’s foremost jazz vocalists. Declared “the standout male vocalist of our time” by The New York Times, Elling has garnered unprecedented accolades, including a fourteen-year run atop the DownBeat Critics Poll, a dozen Grammy nominations, and eight Jazz Journalists Association awards for “Male Singer of the Year.”
Elling’s voice is instantly recognizable, embracing listeners with his warm, rich baritone and navigating the entire span of his four-octave range as a virtuoso instrumentalist and a compelling storyteller. Whether transforming timeless standards or crafting his enthralling originals, Elling balances elegant lyricism and technical mastery with wry humor, profound emotional depth, and keen observations into the human condition.
.“…the standout male vocalist of our time“
THE NEW YORK TIMES
"Since the mid-1990s, no singer in jazz has been as daring, dynamic or interesting as Kurt Elling“
THE WASHINGTON POST
"One of jazz's all time great vocalist“
THE GUARDIAN
Entry to concerts will only be possible upon presentation of a COVID certificate (in electronic or written form) or with antigen testing and an identification document. Rapid antigen tests at a price of 50 kunas can be taken at Lisinski Hall from 18:00 to 19:30 on the day of the concert, or at the Life Polyclinic (Trpinjska Street 5A, Zagreb) within 48 hours before the concert upon presentation of a ticket to a concert organized by Vatroslav Lisinski Concert Hall. 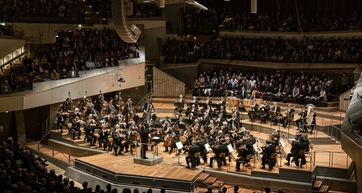