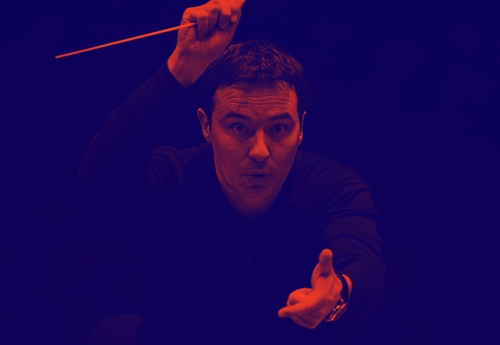 IGOR STRAVINSKI: THE SOLDIER'S TALE
IVAN REPUŠIĆ, conductor
DRAŽEN SIRIŠČEVIĆ, director
We know it from experience: the appearance of world-celebrated Croatian conductor Ivan Repušić is an event not to be missed! Repušić is a real classical music star, whose artistic work and successful international projects are an honour for Croatian music. It is enough to recall the performances of Natko Devčić’s Istrian Suite, Igor Kuljerić’s Croatian Glagolitic Requiem, Jakov Gotovac's Hymn to Freedom for Chorus and Orchestra (also recorded on an album released by BR Klassik) or the concert performance of Gotovac's Ero the Joker in Munich's Prinzregententheater in May 2019. That first performance of Ero the Joker on a West European stage after several decades was given by Repušić and his Munich Radio Orchestra in co-production with the Croatian Radio and Television Choir. That performance of the opera was recorded for the German label cpo, which made the work finally available to the Croatian and international cultural public after being neglected for many years. By selecting the mentioned pieces, Maestro Repušić also presented the international audiences with the rich Croatian cultural heritage, such as the unique Istrian scale, part of UNESCO's intangible world cultural heritage, and Glagolitism, a characteristic segment or the Croatian culture.
In his this season's appearance in the Saturday at Lisinski cycle, Maestro Repušić will conduct a masterpiece of contemporary music. It is Igor Stravinsky's Soldier’s Tale, one of the most important and influential works of the early 20th century "to be read, played, and danced”. It was written in Switzerland during the First World War as a result of a friendly collaboration with the French-speaking Swiss writer Charles Ferdinand Ramuz. Their idea was to create an economically viable theatrical work, which would enable frequent performances and tours. But an unexpected thing happened. After its premiere on 28 September 1918, all scheduled performances were postponed due to the Spanish flu pandemic! We trust that COVID-19 will not repeat the history. The septet comprising six instrumentalists and a substantially larger percussion section accompanies a Faustian story about a soldier, who makes a pact with the devil, selling him his violin (soul) in return for a book that will that will reveal the future and help him accumulate wealth. In musical terms, Stravinsky's manuscript is characterized by an intricate rhythm, asymmetrical time signatures, complex syncopations and a fragmented perception of the flow of time. This is one of the main reasons why a conductor’s knowledgeable and firm hand joins the performance of the piece; this time, it is one of the most important and successful Croatian conductors of the new generation, Ivan Repušić. 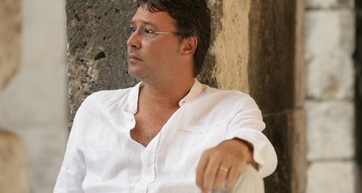