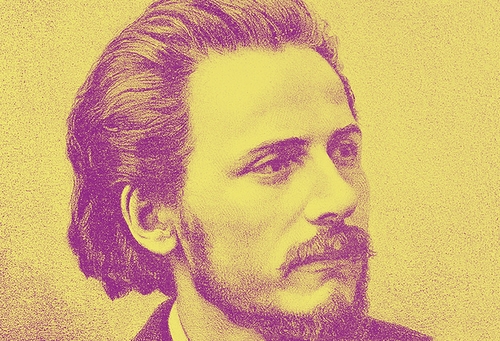 J. MASSENET: CENDRILLON (CINDERELLA), Opera
SYMPHONY ORCHESTRA AND CHOIR OF THE ACADEMY OF MUSIC,
UNIVERSITY OF ZAGREB
IVAN JOSIP SKENDER, conductor
SAŠA ANOČIĆ, director
In March 2020, a hundred talented students of the University of Zagreb presented a work by one of the most performed French opera composers Jules Massenet and achieved great success!  It was the Zagreb premiere of his opera Cinderella, produced in collaboration with the Music Academy, the Academy of Dramatic Art, the Academy of Fine Arts, the Faculty of Textile Technology, the Faculty of Architecture, University of Zagreb and the Croatian National Theatre in Varaždin. This continued the successful inter-academic collaboration that started with the performance of the Magic Flute at Lisinski Hall in 2009 on the initiative of the then Deans of the three Academies. It was followed by outstanding and vivid, vigorous theatrical and semi-theatrical performances of Sergei Prokofiev's Ivan the Terrible, Georges Bizet’s Carmen, Igor Stravinsky’s Nightingale, Christoph Willibald Gluck’s Orpheus and Eurydice, Ivan Zajc’s On Board Boys, Boris Papandopulo’s Madame Buffault, Gian Carlo Menotti’s Amelia Goes to the Ball, Georg Friedrich Händel’s Agrippina, Leoš Janáček’s Cunning Little Vixen, Wolfgang Amadeus Mozart’s Così fan tutte and Gustav Mahler’s The Boy’s Magic Horn, a song cycle combined into a unique opera experience.
The most productions were performed on the stage of Vatroslav Lisinski Concert Hall, only a few at the Croatian National Theatre in Zagreb or in the Blagoje Bersa concert hall at the Music Academy. It is there where the Zagreb audience was delighted by three last season’s performances of Cinderella, a romantic musical fairy tale composed to the libretto by Henri Caïn based on Charles Perrault's fairy tale. Music experts praised the maturity of the performance and the way the interpretations were built, the characters structured and playful and the French original mastered, as well as the excellent stage movement, witty, relaxed, inspired and energetic. In the new production of Cinderella, director Saša Anočić, his stage movement assistant Mateja Pučko-Petković and conductor Ivan Josip Skender, who will conduct the Symphony Orchestra and Choir of the Music Academy, will be supported by set designer Tanja Lacko, costume designer Barbara Bourek and lighting designer Deni Šesnić.