ROYAL PHILHARMONIC ORCHESTRA
VASILY PETRENKO, conductor
SIMON TRPCHESKI, piano
Programme:
Sergei Sergeyevich Prokofiev: Symphony No. 1 in D major, Op.  25, Classical
Edvard Grieg: Piano Concerto in A minor, Op. 16
Jean Sibelius: Symphony No. 2 in D major, Op. 43
Royal Start!
No superlative is too excessive when we talk about the Royal Philharmonic Orchestra! The prestigious London orchestra, which celebrated its 75th anniversary in 2021, is one of the best-known, most famous and best orchestras in the world! The sublime mission of the Orchestra, according to its own statement, is to enrich the lives of classical music listeners around the world through unique orchestral experiences of uncompromising quality and excellence. While excellent interpretations of anthological works of the world repertoire remain its highest goal and mission, the Orchestra pushes the boundaries of the current classic understanding of the role of world famous orchestras, so the Royal Philharmonic Orchestra also records video game, film and television soundtracks and collaborates with today's greatest pop stars. Music critics describe the concerts of the Royal Philharmonic Orchestra as exciting, magical, spectacular, perfect in detail and sumptuous in the richness of orchestral colours! The Orchestra’s artistic director, Vasily Petrenko, just like the Orchestra he heads, has star status! He is one of the world's most profiled conductors of the middle generation and has so far conducted almost all the planet's most prestigious orchestras: the Berlin Philharmonic, the Gewandhaus Orchestra, the Cleveland Orchestra or the Paris Opera Orchestra, to mention a few. His charismatic interpretations equally refer to symphonic and operatic repertoire, and in particular his interpretations of the music of Russian and Scandinavian classics are regarded as unsurpassed. This is exactly why we are looking forward with excitement and impatience to their performance of the ingenious works by Prokofiev, Sibelius and Grieg at Lisinski Hall! An additional guarantee that the concert of the Royal Philharmonic Orchestra should already be regarded as the concert of the year is Simon Trpčeski, one of the most sought-after pianists of today! With his powerful pianism and deeply expressive and original interpretations, he has not only won the hearts of concert audiences around the world, but also left critics with only one choice: they all turn their reviews of his concerts into panegyrics! 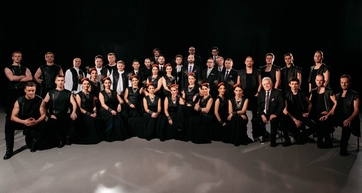 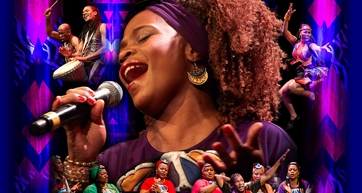