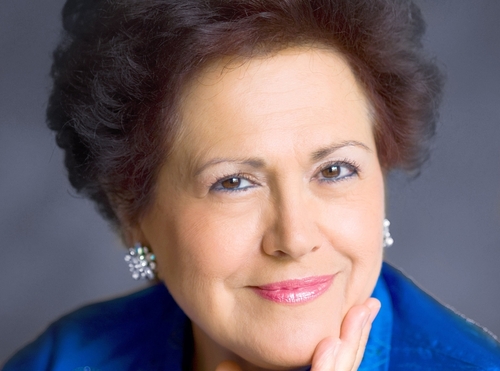 DUBRAVKA TOMŠIČ SREBOTNJAK, piano
SLOVENIAN PHILHARMONIC ORCHESTRA
SIMON KREČIČ, conductor
Programme:
Alojz Srebotnjak: Naturae vox for Orchestra
Ludwig van Beethoven: Concerto No. 4 in G major for Piano and Orchestra, Op. 58
Ludwig van Beethoven: Concerto No. 5 in E-flat major for Piano and Orchestra, Op. 73
The great return of a great artist! World-renowned Slovenian pianist, a favourite with Croatian audiences, Dubravka Tomšič-Srebotnjak is playing at Lisinski Hall. She completed her piano studies at the Juilliard School in New York with Claudio Arrau and studied privately with Alexander Uninsky and Arthur Rubinstein. She started her brilliant career with a great appearance with the New York Philharmonic and a recital in Chicago. Since then, she has been a regular guest of the greatest American symphony orchestras and the most prestigious concert halls in New York, Boston, San Francisco, Los Angeles, Cleveland and other cities. In Europe, she has collaborated with the Czech and Munich Philharmonic Orchestras, the Leipzig Gewandhaus Orchestra, London’s Royal Philharmonic Orchestra and others. Her collaboration with the Slovenian Philharmonic Orchestra, which can boast an extremely long and rich tradition, takes a special place, of course. With its predecessors Academia Philharmonicorum (1701), the Philharmonic Society (1794) and the First Slovenian Philharmonic (1908–1913), it proudly takes its place among the oldest orchestras in the world. The list of many distinguished artists who have become honorary members of the Slovenian Philharmonic also includes Haydn, Beethoven, Paganini, Brahms, Kleiber and others. The Orchestra proves its excellence on numerous tours that include European cultural centres (Berlin, Prague, Paris, Amsterdam, Stuttgart...) in reputable concert halls in the United States and Japan and at all important international competitions. The Slovenian Philharmonic Orchestra has been conducted by a number of top conductors, such as Riccardo Mute, Zubin Mehta, Carlos Kleiber, Kurt Sanderling, Yuri Simonov, Serge Baudo, Lovro Matačić and others. It has performed with outstanding soloists, among whom Anna Netrebko, Luciano Pavarotti, Arthur Rubinstein, Ivo Pogorelić, Dmitri Hvorostovsky, Mischa Maisky, to mention some of them. The Orchestra has recorded more than 80 albums and received numerous Slovenian and Croatian recognitions and awards. At the concert in Zagreb, conducted by pianist and conductor Simon Krečič, the Philharmonic will perform Naturae Vox for Orchestra by Slovenian composer Alojz Srebotnjak and the last two piano concertos by Ludwig van Beethoven: Concerto No. 4 in G major for Piano and Orchestra, Op. 58 and Concerto No. 5 in E-flat major for Piano and Orchestra, Op. 73.
Dubravka Tomšič-Srebotnjak’s pianism, characterized by brilliant technique and outstanding musicality, guarantees an excellent music experience, which we wholeheartedly recommend.
Entry to concerts will only be possible upon presentation of a COVID certificate (in electronic or written form) or with antigen testing and an identification document. Rapid antigen tests at a price of 50 kunas can be taken at Lisinski Hall from 17:30 to 19:00 on the day of the concert, or at the Life Polyclinic (Trpinjska Street 5A, Zagreb) within 48 hours before the concert upon presentation of a ticket to a concert organized by Vatroslav Lisinski Concert Hall. 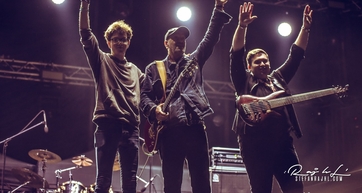